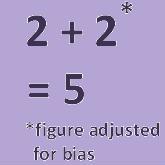 I came across this article yesterday, which offers a wonderfully simple explanation of how bias can creep into the medical studies you might read about.  Interestingly, the author mentions the WHO's heavily criticized survey on cesarean births,
published last year, so in the context of your birth research, this is something I would recommend you read.

Oxfam, John Wayne and The Da Vinci Code - statistically wonderful or rubbish? is written by Julian Champkin, and here is the WHO extract:
"White Hat research tends to prove what the researcher wants to prove, or (which is often the same thing) what the people paying for it want to have proved. An example from last year was a survey which ‘proved’ that elective Caesarean births in third-world Asian countries were more dangerous than normal births. It was paid for by a UN organisation which was politically heavily biased against unnecessary medical interventions. When its numbers were looked at by anyone who was at all impartial, the figures showed very obviously the exact reverse."
Posted by cesarean debate at 12:54 PM