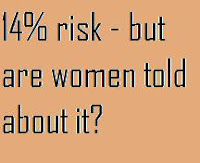 An article by Heather May in The Salt Lake Tribune on January 7th reports on a study in which "almost 4,000 Utah women suffered severe vaginal tears last year while giving birth after their doctors used forceps or vacuum devices to deliver the baby." This number translates to a reported "14% injury rate".

In releasing the figures, the Utah Department of Health is reported as saying that 14% is "lower than expected compared to national figures. But the tears can cause long lasting problems, including painful sex and fecal incontinence."

The article also cites comments from Ashley Nelson, a women's health physical therapist in Salt Lake City, who says: "It's hush, hush. Most people don't talk about this". She sees women seeking help to strengthen their pelvic floor muscles or who have irritated or damaged nerves because of scarring from tearing or subsequent care. "A lot of times they may sew them up too tight [and women experience] pain [from] penetration. Or just the way they've been sewn back up - it's irritated nerves and [they] constantly have pelvic pain," she said.

14% is the risk for SEVERE tears - many more women experience "minor tearing"
"...While minor tearing during delivery is common, the health department report focused on third and fourth-degree lacerations, which extend from the vagina to the anus. Using instruments increases the risk of severe tears. So does delivering large babies or having an episiotomy, a surgical cut between the vagina and anus. Doctors use instruments if the baby's heart beat drops dangerously or if the mother is worn out from pushing.

The full report, '2007 Utah Hospital Comparison Report: Maternity and Newborns', can be accessed here.
Posted by cesarean debate at 4:41 PM