Diabetes could bankrupt the NHS - and maternity care? 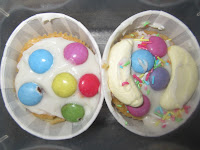 The Health and Social Care Information Centre have released a report showing that "Diabetes prescriptions have for the first time topped 40 million in year, a rise of nearly 50% on six years ago."

And in an interview with the Daily Mail, Barbara Young, Chief Executive of Diabetes UK, warns: "About 2.5 million people in England have been diagnosed with the condition and the number of people with diabetes is expected to reach 4.2 million in England by 2025.

"We face the real possibility of diabetes bankrupting the NHS within a generation."

What does this have to do with maternity care?

Diabetes in pregnancy (gestational diabetes), and the fact that more than 50% of women of childbearing age are overweight or obese, is a serious issue.

Obstetricians in the U.S. have been coping with this very situation for many years now, and it's no coincidence that its cesarean rates have climbed alongside maternal weight gain.

So while hospitals and midwives in the UK may desire a lower cesarean rate, I remain very concerned that their desire to encourage a "normal, physiological process" ignores the reality that many women's bodies are outside a normal physiological range.
Posted by cesarean debate at 1:42 PM