Criticizing Cesareans - What will they blame high rates for next? 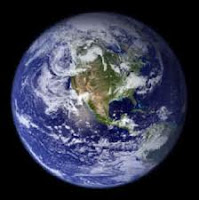 New research this month has concluded that cesareans "that are potentially medically unjustified appear to command a disproportionate share of global economic resources."
Authors from the World Health Organization (WHO) and the Institute of Clinical Effectiveness and Health Policy (IECS) set out to "describe the unequal distribution in the performance of" surgery by measuring how much it would cost to attain a c-section rate of 10% in countries below that rate (US$ 432 million) and reducing rates to 15% in countries currently above that (US$ 2.32 billion).

I have only been able to read the Abstract unfortunately, but here is the email request I have just sent to the lead author of the research to ask her a few questions about the choice of 15% as an appropriate rate, and any cost analysis of economic resources associated with vaginal birth rates of 85% and 90%. You can read my email here:

Dear Liz Gibbons,
I have only seen the abstract of your recently published manuscript (title above), but I have a question please with regard to the study design.

Why did the authors decide to calculate savings based on a cesarean rate of 15%, given that there is no known optimum rate for cesareans, and that the WHO itself has stated (in 2009) that it has no empirical evidence to support its 1985 recommended threshold of 15%?

Perhaps in your full text you address this, but I would have thought it vital to mention that while world resource savings for intrapartum maternity care might indeed be made with a cesarean rate of 15%, other resource costs would inevitably be increased? For example, health care for babies and/or mothers injured during births, the psychological cost of families where mother and/or baby dies, and the cost of litigation where it is proven that the baby/mother would have survived unharmed with a cesarean delivery. I ask this because I do not believe that  a rate of 85% safe vaginal births is possible in the developed world (partly because mothers are older and heavier, and macrosomia at term is more common than in many other parts of the world, but also, tolerance for risks and poor outcomes is very low).

Are you able to provide any clinical evidence to support your suggested rate of 15% cesareans, or indeed any cost analysis of the long-term costs associated with vaginal birth please? As I'm sure you are aware, the importance of the latter analysis was highlighted in the recently published NICE Caesarean Section Guideline (Update) in the UK, which stated: "On balance this model does not provide strong evidence to refuse a woman’s request for CS on cost-effectiveness grounds."

Thank you very much and best regards,
Pauline
Posted by cesarean debate at 2:22 PM

Add to it that 'savings' in the developed world are not redistributed to the undeveloped world and the impact that planned small family size has on the cost-effectiveness of vaginal birth.

Will the 15 percent statistic ever die?