The challenge of new mothers being older and older 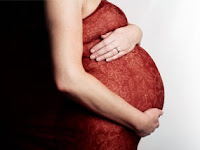 ONS figures reported in the Daily Mail yesterday show that not only is there something of a baby boom going on, but the average age of new mothers is now almost 30, and there are more and more women giving birth at older ages.
This is creating unprecdented obstetric challenges for doctors and midwives, and these are compounded by the fact that pregnant women in general are heavier weights than ever before, and giving birth to bigger term babies too.
I'm not for one minute suggesting that all of these women might want to consider a planned cesarean birth, but I do think it's important that they are fully informed of the specific risks associated with giving birth at an older age so that (if they want to) they can make their own decision between choosing surgery or a trial of labor.
Posted by cesarean debate at 11:21 PM