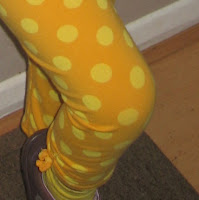 I praised the Baltimore Sun's article on cesarean satisfaction rates (May 7, 2011), but others have been roundly criticizing it. The latest comment, titled "Before praising C-sections, consider the cost" (Rosalind Ellis, Baltimore) concludes that if women choose a cesarean, then they should jolly well pay for it themselves.
This was my response:

A prophylactic, planned cesarean birth (on maternal request with no medical or obstetrical reason) at 39+ weeks' gestation has been shown in studies to be no more costly that a planned vaginal birth.
Unfortunately, this fact has not been widely publicized. Traditionally, cost comparisons of different birth types have only compared actual (not planned) outcomes, and costs in the immediate intrapartum period. But in fact this does not provide us with a true comparison.
As you know, planned vaginal delivery requires the availability of 24-hour emergency surgery in case a cesarean is required. A significant number of births are not spontaneous deliveries - they require assistance (e.g. ventouse, forceps and/or surgery), and there are costs attached to these that are often simply ignored when we examine how much vaginal birth truly costs.
Also, there are long term costs that should not be ignored. Litigation bills, paid for by the tax-payer, are an enormous cost, and usually occur as a result of mistakes made during a trial of labor. How many times have you read in the news about multi-million dollar settlements because a cesarean was not carried out on time or not carried out at all?
Similarly, the cost of repairing injuries that occur during planned vaginal births should not be ignored. When a child is injured (e.g. Erb's Palsy), these costs are attributable to the vaginal birth, and when perineal or pelvic floor damage occurs in the mother, which requires further surgery/hospitalization - again, these costs should be properly attributed.
I planned my cesarean because I felt that it was safest for my baby and less damaging to my own body. This birth choice may be perceived by some as an 'unnecessary' lifestyle choice because they do not understand, appreciate or respect the prophylactic benefits behind my decision, but I believe that it should be funded by the tax-payer - in exactly the same way that medical support for other birth choices (and indeed other lifestyle choices - smoking, drinking, over-eating etc.) is given.
Posted by cesarean debate at 2:12 PM