My letter to the BMJ outlining concerns about flaws in the Birthplace study was published today.

Titled, "Concerned that flawed analysis may be used to restrict birth choices", it reads:

This analysis of the 2011 Birthplace study(1) suffers from some of the same inherent flaws in the study’s collection and analysis of comparative data. But while all research has its limitations and weaknesses, the current economic climate and imminent restructuring of the NHS mean that the promise of “cost-effectiveness” here may well be used for political and ideological influence. As such, these are my concerns:
Read more »
Posted by cesarean debate at 10:00 PM 1 comments

Eliabeth Ross, creater of the wonderful website that is The Mommy Pledge Blog is sharing a series of interviews with women about their birth experiences over a period of two weeks. She says she hopes to "explore birth options and choices in an objective, balanced way".It's a really great series, and has so far included a number of very different birth experiences, which makes it a great read for first-time mums to be, or even mums who are looking to read about shared birth experiences. Elizabeth has interviewed me for the series too, with my story appearing on Thursday - do take a look if you get a minute, and at the end of the series, readers can add their own birth stories too!
Posted by cesarean debate at 10:47 PM 0 comments

Fears women could be forced to give birth without doctors

This article, published in today's Telegraph newspaper, is worth reading as it raises some very important issues, some of which I touched on in my letter to the BMJ on April 18, 2011.

It is very concerning that UK policy or guidelines may 'instruct' ALL women with "low risk" pregnancies to be cared for in midwife-led birth centres.

Aside from the fact that no one knows which birth will be low risk until it's over, the fact is that many, many women DO NOT WANT to give birth in a place where doctors and an emergency operating room are not immediately available.

Providing choice for women that want a homebirth or exclusive midwife-led care is dangerously turning into an ideological push for all women to give birth in the place (not necessarily the way) thought to be most appropriate for them.

Why cesarean? Because celebrities have them!

I've often read the accusation that the reason some women are choosing a c-section birth is down to our increasingly celebrity copy-cat culture, and even though I still believe that for the majority of women, this is not the case, I do think that there may be a risk of this becoming a more frequent occurence - especially now that greater media attention is being given to the issues surrounding cesarean choice.

Just recently, I watched the January 11, 2012 episode of One Born Every Minute (Series 3, ep.13), and listened to a very happy stewardess talking about her birth plan. She said,

"I want to have a c-section because I think it'll be less painful.**

Probably because all the celebrities have them, and they seem to be stick thin after they've had them,.. and that's just why. I didn't fancy the natural birth to be honest. I'm a bit squeamish; I don't like blood or anything like that. Um, so that's why I chose a cesarean."

However, watching it back again, I noticed that there was a programme editing point at ** above (just after "less painful"), and realised that a portion of that particular interview had been cut. Therefore this woman may well have talked about other reasons for wanting a cesarean (after all, she was a 38-year-old woman, pregnant for the first-time with twins, and likely to have been advised by doctors). We simply don't know.

But I do know that if (for example) some of my perceived benefits of planning a cesarean were taken out of context, they would sound like very weak justifactions for making this choice too, which is what an individualized consultation betwen a woman and a health professional is for.

Properly discussing the risks and benefits of surgery versus a trial of labor, whether that woman's perceived benefits have come straight from the pages of a celeb magazine or via an online medical journal. After all, some women are just as likely to be swayed by the natural birth choices of celebrities too...!

Driving after a c-section - how long did you wait? 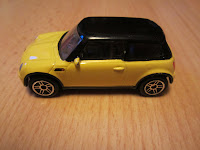 Did you wait 6 weeks? 3 weeks? What were you advised to do? It seems that there is some confusion about when you should start driving again following a cesarean, and new research from Australia shows that confusion reigns there too.

"Women receive conflicting advice, and current recommendations are not reflected in women's behaviour. Women are driving earlier than advised with minimal reported complications." 65% had been advised to wait for 6 weeks or longer, yet 72% said they'd driven before 6 weeks, and 35% before 3 weeks; "women reported minimal discomfort and rarely discontinued driving".

When staff were asked what advice they give women, this was inconsistent, "ranging from no advice to 8 weeks of driving abstinence. Other recommendations included following insurance company guidelines (of which there were none specific to postcaesarean) (34%), 'listen to your body and be able to perform an emergency stop' (27%)."

New research from Nigeria suggests that tertiary educated women are more aware of c-section on "demand", and that maternal request is more common in tertiary health care centre'; these women are also more likely to "favor a woman's right of autonomy to choose her mode of delivery."
Against a background of reported increased rates of maternal request cesarean, researchers NS Okonkwo et al set out to "determine the perception and attitudes of Nigerian antenatal clients towards MDCS, their willingness to request MDCS, and the relationship between willingness to request MDCS and sociodemographic characteristics."

And they concluded that:
"Provision of epidural anesthesia and improved safety of vaginal delivery is recommended." This may prevent Nigerian women from making a difficult choice for MDCS based on fear of pain and poor labor outcome. The role of the male partner should be taken into consideration in order to make sustainable policies or guidelines for MDCS in developing countries."

Like many other publications, Birth was offered a review copy of our new book, Choosing Cesarean: A Natural Birth Plan, but the Lamaze International journal declined, stating:

"The content of this book does not match the philosophy of our journal."

I thought readers ought to be aware of this because Dr. Murphy and I disagree with the premise that birth plan information and education should be based solely on any particular philosophy or ideology, and that there should all birth choices should be better understood and supported.

We do not advocate cesarean births for all women, but we do believe that many women - and indeed medical professionals - are simply not being made aware of the risks associated with planned vaginal birth, and it is disconcerting that a major publication such as Birth should decide that what we've written is irrelevant to their readers - before actually reading it.
Posted by cesarean debate at 2:12 AM 1 comments 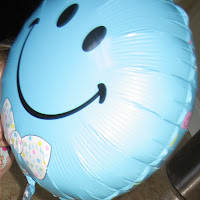 We've written about c-section rates in China in chapter 8 of our book, Choosing Cesarean, and in the Shanghai Daily this week, new mother Michelle Qiao writes about her birth plan decision.
It's a very interesting look at some of the reasons why women choose a cesarean there, and also why ultimately, Michelle decides to have a vaginal delivery with an epidural.

And while I'm not convinced that this birth "experience increases her love for her baby" (or at least, I don't believe that not experiencing vaginal birth by default decreases a woman's love for her baby), her story (and the opinions of friends, family and medical professionals in China) is one that we don't often get to hear.
Posted by cesarean debate at 10:58 PM 0 comments

This story appeared in The Australian this week, and while the inquest is clearly ongoing, and therefore the report is based on alleged claims, Pia Akerman writes how (my bold):
"Dishita Madamshetty died at the age of one month after being delivered in an emergency caesarean at Sunshine Hospital in Melbourne's western suburbs in 2007."

"An inquest investigating the circumstances of Dishita's birth yesterday heard that a midwife had left her mother, Shashi, alone for 25 minutes before returning to find the fetal heart rate monitor showing "non-reassuring" levels. Mrs Madamshetty was rushed into surgery and gave birth by caesarean about an hour later, but the baby was not breathing and had suffered multiple organ failures.

"Mrs Madamshetty told the inquest she had repeatedly asked for a caesarean delivery throughout her pregnancy. She had been worried about her baby's health as Dishita was conceived through IVF in India with the help of an egg donor.

"This baby was very precious to me and I believe that if she had been born by caesarean when requested by me that she would still be with us today," Mrs Madamshetty told the inquest. "Every month I had a checkup and I requested for the caesarean."

Read more here.
Posted by cesarean debate at 12:11 AM 1 comments

Read what they say below (or click here for more info):
"Choosing Cesarean: A Natural Birth Plan gives an honest assessment of the risks and benefits of both vaginal and cesarean births.  The book is one of the first to support elective cesarean as an important option for women, citing circumstances when planned cesarean is a healthier and even more economical option than vaginal delivery.  The authors present evidence disproving much of the accepted thought on vaginal and cesarean delivery, giving us all something to think about.

"Most of the information available until now has been in support of a vaginal delivery, with cesarean as a last option.  Therefore, when the mother is unable to deliver vaginally, she can become disappointed, feeling less adequate than a woman who delivers vaginally.  In Choosing Cesarean, the authors give evidence proving that elective cesareans can have much more desirable outcomes, and should not be considered a last resort, but rather a suitable option to prevent complications of all kinds.

"It is worth mentioning that the authors are not against vaginal births, but rather present factual evidence to support the medically acceptable option of a scheduled cesarean delivery.  When weighing all of the options for delivery, this is an important, often overlooked method.  Any woman making a birth plan should add this book to her reading list, while healthcare professionals and policy makers would also benefit from the information presented in this book."
Posted by cesarean debate at 2:43 PM 0 comments