Job satisfaction for midwives - should it matter? 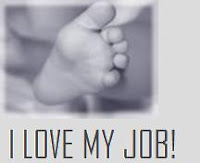 I understand why people are drawn to working in the maternity services, and I understand how welcoming a new life into the world as part of your regular day's work must be very rewarding.

But a question that comes up in my mind again and again, is whether some midwives (and indeed some OBGYNs) are focusing too much on their own personal job satisfaction - and not enough on the birth satisfaction of the mothers in their care?
Here's just one example:
I came across this post in an online discussion, from a woman in Switzerland, talking about her German friend who was traumatized by her hospital midwife while giving birth.

According to the post, "The midwife on duty berated her when she asked for an epidural, berated her for not progressing, and finally yelled at her that she had mental problems when she tried to tell the midwife that something didn't feel right after she was induced, and her contractions never stopped. (the midwife actually had a resident walk in and tell her that she needed mental counseling)... Finally, there was a shift change, and the new midwife treated her like a human being, had the epidural moved (t wasn't placed properly), and as soon as the pain stopped, she progressed and delivered."

She continues: "As a result of this, she went with a midwife practice for her second child -- just to avoid winding up with the midwife from hell when in labour... Then, she had to fight back the midwife pushing a home birth on her, and telling her that "she considers it a personal and professional failing when one of her patients requests an epidural"."

Who's birth is it anyway?

I read about and hear this kind of attitude altogether too much.

Surely what matters MOST in any birth is that the baby and mother are healthy and happy at the end of it?

And if that means the midwife or doctor on duty goes home feeling like they've somehow failed professionally, then so be it.

Birth satisfaction is not about them - it's about you and your baby - and in my humble opinion, it's the best medical professionals in the world who recognize that fact.
Posted by cesarean debate at 11:59 PM