Cesarean rate in England remains the same at 24.6% 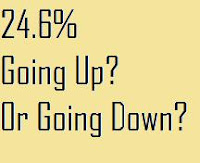 The interesting thing about this newly published data is that it shows a breakdown of all emergency and elective cesareans in various hospitals around the country.
In its coverage, the Guardian has published the byline: 'Section delivery accounts for third of Chelsea and Westminster trust babies, indicating 'too posh to push' outlook persists'.
Private patients

It continues: 'The figures, from the NHS Information Centre, show that a third of babies born at London's Chelsea and Westminster NHS trust are delivered by caesarean section, a figure more than double that in Nottingham, suggesting the rates for the procedure in England could still be influenced by well-off women dubbed "too posh to push".

The Chelsea and Westminster trust, which tops the league at 33.3% of births by caesarean, said that its numbers were swollen by women giving birth in its private delivery wing.'

Reasons behind the rates

I think that there are a number of reasons for the differences in percentages of surgery in different hospitals - particularly with elective cesareans. I already know from the women I receive emails from that it is much, much harder to arrange an elective cesarean with no medical indication outside of the London area. It has also been shown in research that it tends to be more affluent and educated women who request cesareans, so it is indeed possible that these women are affecting rates in certain hospitals.

The other reason, in my opinion, is the attitude of the doctors working in the hospitals. I don't believe that all doctors in the UK are on board with the drive to reduce cesarean rates, and I also know from conversations 'off-the-record' that some of them support cesarean delivery on maternal request, but do so quietly in order to avoid criticism from their NHS Trust.

Finally, medical reasons for cesareans aside, and again, particularly in the case of elective cesareans, the differences in rates published today highlights the fact that arranging a cesarean in the NHS is very much a postcode lottery for the women who request it.

There are those lucky enough to find the support they're looking for, and there are those who are being caught up in efforts to reduce cesarean rates - whatever the psychological or physical health costs may be.
Posted by cesarean debate at 8:22 PM