Antibiotic risk for all births, but especially planned CS 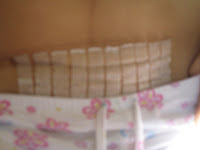 On Monday, the Chief Medical Officer in England, Professor Dame Sally Davies, warned that unless we "tackle the catastrophic threat of antimicrobial resistance", we could see more people dying following even minor surgery.

The Department for Health press release reports that an infectious disease has been discovered nearly every year over the past 30 years, very few new antibiotics have been developed, leading to concerns that as diseases evolve, they can become resistant to existing drugs.

Dr. Magnus and I wrote about this issue in our chapter on 'Planned Cesarean Risks', since without effective antibiotics (remember that today, most women are given prophylactic antibiotics just before their planned cesarean in order to reduce the risk of infection), the risks of surgery are increased.

Therefore it is very good news to learn that the government is setting out a five-year UK Antimicrobial Resistance Strategy and Action Plan (read more here) and is calling on the WHO and others to act now in tackling this potential threat.

It's also worth highlighting of course, as we wrote in our book, that whatever happens, the risk surrounding the future of antibiotics is not exclusive to women planning cesarean surgery because prophylactic antibiotics are common in vaginal births too (for example, where Strep B is present), and of course where a vaginal birth plan has an emergency cesarean outcome.

Posted by cesarean debate at 11:47 AM