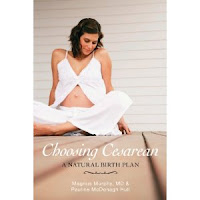 So many stories, so many views.
The news that the draft NICE caesarean guideline supports maternal request for all informed women who want one has undoubtedly caused a media storm.

Here are a selection of links where I have registered (variations of) my comment below:

Express: Folly of caesarean births for everyone, Vanessa Feltz
Guardian: Caesarean sections should be life-saving, not a lifestyle choice, Louise Foxcroft
Telegraph: Childbirth finally leaves the Stone Age, Cristina Odone
Daily Mail: Now all women have the right to NHS caesareans in hugely expensive move, Tamara Cohen
AOL: All women to get the right to a caesarean birth on the NHS, Ceri Roberts

The most important things here are
safety and choice, and the understanding that planned cesarean choice does not come at a necessarily higher financial cost than planned vaginal birth once all 'downstream' costs (as the NICE guideline refers to them) are factored in.

Beyond that, arguing back and forth about which birth plan is 'best' is so subjective and open to people's own personal perceptions of natural birth (e.g. its inherently safe versus its inherently risky) that it's very similar to when people argue about religion or politics.

As I understand it, all that the (draft) NICE guideline is trying to do is to ensure that the very small percentage of women who want a cesarean birth are actually able to arrange one because presently, this is not categorically the case throughout the country - not even for women with severe tokophobia.

I also think that for today's controversial debate to have more depth and meaning, it is imperative that more people actually read the guideline draft - in full - before passing judgment.

Finally, readers might be interested in an article written in The Guardian in July 2008: 'We know the reality of childbirth'. It's worth remembering that it's not just lay women who are choosing cesarean birth plans - it's doctors too - and this is certainly something worth thinking about as part of this whole debate.
Posted by cesarean debate at 12:22 AM

'Great' blog from Chief Executive of the Royal College of Midwives

Not sure where to start with this...