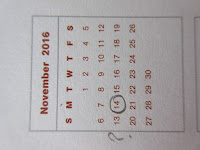 1) The study population only includes LIVE BIRTHS, and therefore hides all loss of life prior to 39 weeks' gestation. Babies who are stillborn or die during their intrapartum care cannot be assessed for early child development, but by excluding their deaths (at each gestational age) from the data, the research cannot fully inform birth plan decision-making.
Note: Stillbirth data published by the Australian Institute of Health and Welfare in 2014 showed a spike of 179 deaths at 38 weeks' gestation (152 at 37 weeks' gestation) between 2000-2009 (which covers the birth years of the children included in this study); a further 440 babies were stillborn after 39 weeks' gestation; a further 440 babies were stillborn after 39 weeks' gestation, and none of these numbers include intrapartum deaths during a trial of labor.
2) The researchers base their comparison on how many children are 'developmentally high risk' (DHR) or developmentally vulnerable (DV) on an erroneous referent birth group, which is: 'vaginal birth after spontaneous labor'.
This is a birth OUTCOME, not a planned mode of delivery, and it is neither known nor guaranteed at the point of decision-making about delivery. The UK's 2011 NICE caesarean guidance demonstrated the importance of comparing different PLANNED modes of birth (PCD & PVD), with each set of corresponding outcomes, and it is entirely disingenuous for studies to continue comparing only the 'best' outcomes of PVD with 'all' PCD outcomes.
3) For ALL outcomes, the number of children considered DHR or DV is actually higher for 'vaginal birth after spontaneous labor', and while adjustment for confounders puts births with obstetric interventions in the higher DHR/DV risk group, 'cesarean section after labor induction was consistently associated with the largest increase in risk'. This is important because if the data was recalculated to compare PVD and PCD (where emergency caesareans are outcomes of the PVD group), then PCD would compare more favorably.
4) Children who scored in the bottom 10% of nation domains were considered DV, and children DV for ≥2 domains were considered DHR. We know that 91% of the children being assessed were younger than 6 years old, half of them were younger than 5/5 years old, and 8% were only 4 years old. Given the different pace of cognitive development that occurs in different children, and given that language and cognitive skills, social competence, emotional maturity, communications skills and general knowledge all formed part of their assessment in this study, it is likely that relative age effect (RAE) may have accounted for some of the children in the lowest 10%. Notably, 13.7% of 4 year-olds were labeled DHR compared with 9.6% of ≥ 6 year olds and 7.6% 5/6 to 5/11 year olds.
5) The authors state that 'evidence is lacking or suggests little benefit' for suspected fetal macrosomia. However, in the context of developmental delay in school, the impact of Erb's Palsy injuries (shoulder dystocia risk is higher with macrosomia), which can directly affect a child's ability to write and engage in other school activities, is a legitimate consideration for women when planning their birth mode, as is the increased risk of stillbirth with macrosomia, in terms of delivery timing.
6) Advising women of the "benefits of waiting" needs to be done in conjunction with a late-term scan (to check for any cord complications, for example) and an honest discussion about the 'risks of waiting', including late gestation stillbirth. Anything less is not providing balanced information.
7) US term stillbirth rates and the 39-week rule: a cause for concern? (AJOG 2016)
“…the push to strictly enforce the 39-week rule should be reconsidered and guidelines concerning the use and timing of early-term labor induction should once again allow for both provider-level clinical judgment and individual patient input. Given the literal “life and death” importance of this issue, and given the need to fairly balance the ethical principles of Beneficence and Autonomy, there is reason to consider a moratorium on the enforcement of the 39-week rule until further research, including adequately powered randomized clinical trials, can better measure its benefits and risks.”
8) Neonatal outcomes after implementation of guidelines limiting elective delivery before 39 weeks of gestation (Obstet Gynecol, 2011)
“A policy limiting elective delivery before 39 weeks of gestation was followed by changes in the timing of term deliveries. This was associated with a small reduction in NICU admissions; however, macrosomia and stillbirth increased.”
Summary
One of the greatest powers birth researchers have is the fact that their Abstract will be shared by journalists and members of the public without most ever reading the Full Text or challenging their caesarean criticisms.
The fact that studies like this one go viral, and are published on multiple international medical news platforms with little or no challenge, is a serious concern given the issues raised above.
I absolutely agree that we need to "ensure optimal child health and development", but it's important to recognize that this starts with doing all we can to make sure that these babies are born alive.
Posted by cesarean debate at 7:56 PM

Base on this and i dare quote"The babies who died couldn't be assessed for their early child development, but by excluding their demise from the data, this research is unhelpful for the purpose claimed:",i agree with you in totality,my wife had a stillbirth two weeks ago of seven months (26weeks)pregnancy and no assessment was done on the dead kid.This confirms your point and research. Thank you