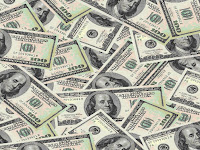 I blogged about this research a few weeks ago, and since then, various news outlets have reported on it, including Reuters.
Aside from the obvious issue with the authors' continued use of the WHO's 1985 recommended cesarean threshold of 15% (which is not evidence-based), the idea that a ""better distribution" of resources could allow more women in poorer countries to get medically needed C-sections" is somewhat unconvincing.

If redistribution of wealth and resources was this simple, many more problems in the developing world would have been solved a long time ago - health, education, clean water for example.

I agree absolutely that more women in the developing world should have access to c-sections, and more needs to be done to save lives and reduce severe morbidity (e.g. maternal fistula and infant birth birth injuries), but to suggest that reducing the cesarean rate in the developed world would have any real impact is hypothetical at best and distinctly unhelpful at worst.

It's all very well to decree hospital birth policies of "necessary c-sections only", but if a woman WANTS a cesarean, or if she CHOOSES surgery after a doctor has explained the risks and benefits of both birth plans, she should not be FORCED to have a trial of labor, simply because there is a CHANCE she'll avoid adding another decimal point to an all-important cesarean rate.

Hindsight is a wonderful thing, and if medical professionals were capable of identifying every "necessary" cesarean correctly, perhaps the litigation bill for obstetrics wouldn't be so large.

But they can't, and no one knows when low risk will become high risk - therefore women should (if they choose to) be allowed to decide on their birth plan independently of any cesarean rate cost-cutting plans, and doctors should be allowed to consider planned cesarean birth as an option without fear of criticism from hospital accountants.
Posted by cesarean debate at 11:16 PM

Lol! That is hilarious, like a hospital would give away money that they "saved" by doing fewer c-sections. They would find another way to spend it in house.