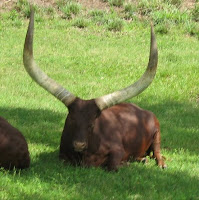 The irony in this article (Obesity, elective cesarean contribute to U.S. maternal mortality rate, by Robyn Carlisle, MSN, CNM, WHNP, May 9, 2011) is astonishing, and its headline does little else but feed the anti-cesarean frenzy that it is taking place amongst many birth advocates around the world. Tweet

Irony no.1:
In the developing world,
women are dying in childbirth because there are too few cesareans being carried out, in areas where women have little or no access to emergency obstetric care (and indeed planned obstetric care, in cases where this would be beneficial too). Meanwhile, in the U.S., the maternal mortality rate is not declining to a level comparable with many other developed world nations, and therefore, as so often happens, it’s the rising rate of cesareans being blamed.

Irony no.2
So very often, articles that juxtapose rising cesarean rates with low maternal mortality ranking in the U.S. fail to acknowledge or even mention obesity as a significant contributing factor. This article DOES concede that obesity is an issue – but then couples it with the cesarean type that has consistently been shown in research to be much safer than its emergency counterpart.

In fact, - and we know this from studies in countries that more effectively separate their cesarean data (i.e. elective versus emergency) - maternal mortality occurs more frequently following emergency surgery, not planned. Furthermore, we must not forget that emergency cesareans are an outcome of PLANNED vaginal deliveries.

Finally, and interestingly, one thing this article does not mention at all - but what I would suggest is the more obvious and ominous challenge facing maternal mortality reduction in BOTH the United States and the developing world – is the number of women dying who are poor and less educated. It really doesn’t matter what a whole nation spends on its healthcare if those dollars are not fairly distributed.

In my opinion, the prevention of maternal mortality will NOT be effectively tackled by the arbitrary reduction of cesarean rates, and certainly not by targeting elective cesarean rates in particular (which are rising in part due to maternal request of course). Cesarean rates are a politically soft target. In contrast, evolutionary conditions, – big(ger) babies, small pelvis, heavier and older mothers – and sociological challenges are the far tougher nuts to crack.
Posted by cesarean debate at 10:54 PM